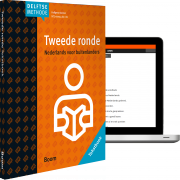 Read more
from
€ 39,90
Add to cart
View
Please enter your email address and we will inform you about publication.

Terms and conditions Terms and conditions for businesses Privacy policy Disclaimer Sitemap © 2021 Boom uitgevers Amsterdam
Let’s keep in touch!
Are you getting the free lesson plans twice a year, update on our products, events and special offers we send out in our newsletter? Sign up and we will keep you posted!
Formulier succes
Formulier foutmelding